On 5th June 2019, Evolution Gaming released an interesting video on their official youtube channel, where Mr Monopoly surprised all players with a tasty 2,000x multiplier during his stroll on the board.

As the lady in red spun the Wheel, Mr Monopoly was drinking his tea. The Wheel stopped on Chance, which made Rich Uncle Pennybags get off his seat and reveal a 10x multiplier. The next spin of the Wheel stopped on the 4 Rolls segment, meaning that the old man was going to the board.

What Happened on the Board?

Once Monopoly Man climbed the board, all the multipliers were automatically boosted by 10x, thanks to the Chance segment that secured the abovementioned multiplier.

The first roll started lightly, with a 30x win multiplier on Pentonville Road. His next stop was Bow Street, carrying a 70x multiplier. After crossing Fleet Street, which also offered a 70x multiplier, the last roll gave players a 50x multiplier and double sixes, which automatically meant an extra roll.

The first four rolls were quite nice, even though not offering quite big multipliers, and we feel that none of the gamers expected anything special from the last roll, but it turned out that Mayfair was a very lucky stop, since it secured a massive 2,000x multiplier!

To see the entire bonus round watch the video here. 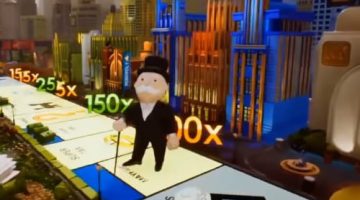 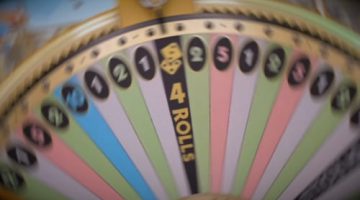