All aboard! The next money-making mission will be taking place against a fresh, lush, green countryside backdrop, so coining the wins with the most epic views is definitely on the cards in the Monopoly Party Train video slot by WMS. This incredible 5-reel slot, with a total of 27 active paylines is overflowing with big win potential from the get-go, and if the title didn’t give it away, landing one of the epic bonus features most definitely will.

This is simply another enjoyable creation adopted from the original favourite by WMS, IGT, and a whole host of other premium slot providers, who knew that Party Train and all the other Monopoly slots would be real hits amongst players alike. What’s more is that the bonus features within each video slot just keep getting better and better, meaning you can expect multiplied winnings and extra free spins from all angles.

The animated visuals are incredibly eye-catching, with a jolly and light-hearted feel, making it feel as if you’re experiencing your very own cartoon. The Monopoly Party Train slot is relatively similar to most of the other Monopoly slots in terms of slot graphics, symbols, and features meaning that not much is new apart from changes to the colour scheme, theme, and setting of the game.

The running theme of symbols will be making an appearance from the purple top hats, to the country houses and racecars, which will be cropping up throughout. Follow the railroad to find your share of the rewards at stake.

How to Play the Monopoly Party Train Video Slot

Hitting the ground running is completely possible when starting the Monopoly Party Train slot by WMS, as it’s simply a case of making the necessary amendments within the bet menu. Once you’ve adjusted your preferences(a bet, audio volume, etc.), which can be done by navigating the sliding panel, you’ll be all set to go. There’s very little to do from here, apart from hitting spin and counting every win that will come waltzing in from now. You can get started with a minimum bet from as low as 0.10 and can increase to a maximum bet of 100.00 in your chosen currency.

It’s possible to enjoy your Monopoly Party Train slot experience from absolutely anywhere and on any device. Whether you prefer to launch the slot from a mobile smartphone, tablet, laptop, or desktop device, you’ll be glad to know that iOS, Android and Windows are all supported formats. The beauty of it is, that whichever you choose to play from, you simply need to open your internet browser and let the fun begin.

The most enjoyable part of engaging with the Monopoly slots is that there are unlimited ways to pocket the prizes. In this particular version, you can expect mini-games, bonus rewards, and extra credits as you begin your journey by rail. It’s the virtual board itself that will lead you closer to your lucky share of all the hidden treasure, so be sure to follow it all the way.

To launch into your luckiest future with the Free Spins Feature, collect the same symbol combination featuring a minimum of three Bonus symbols. You’ll be amazed by the addition of the rolling dice, all of which dictate the number of spins awarded to you! How’s that for unlimited spins and wins?

The different railroads appearing on the slot grid can also pave the way to even greater bonus rewards. The Move Bonus is essentially your golden ticket toward unlocking mini-games. When the Move Bonus has been activated, players will be transported across the board and will have the chance to pass through various properties, all of which are linked to a different mini-game. All of the Railroads contain different goodies inside, such as 20x multipliers, wilds, and additional dice rolls.

This Medium-volatility slot has a default Return-to-Player (RTP) of 96.1%, which is considered fairly standard in terms of variance. The maximum multiplier win of 100x is significantly lower than in other slots, however, with the addition of spectacular bonus features, multipliers, and mini-games, there’s an even higher possibility of racking up the wins.

The Monopoly Party Train video slot is probably a little less extraordinary in comparison to the other Monopoly-themed slots since it doesn’t have something new to rave about. The “party train” title suggests to us that there should be additional excitement hidden within the game, only it doesn’t quite match up to our perceived expectations on that front, and would have been better referred to as “country train ride” or the equivalent, which would have been very fitting given the backdrop and featured graphics.

When observing the quality of visuals and audio, the levels of precision and consistency remain the same, and remain pleasing to the eye, regardless of which Monopoly game you’re playing. The Features are a little more limited in this game, but there is still a great deal of potential and opportunity to coin extra wins with the bonuses, mini-games, wilds, and free spins, which somehow restores our faith in the game. The maximum win potential of 100x the stake is not nearly as high as some of the other slots, which can be disappointing in some cases, so let’s hope that the features exceed our expectations.

While the game is a nice touch, offering an immersive and virtual variant on the original household favourite, this one could use a few tweaks and a serious level-up, in terms of what it is currently offering to players, because we need more from a game than just powerful visuals.

If you need another Monopoly fix, we’d suggest trying the Monopoly Big Money Reel Slot, which will have you reeling in the riches with double the entertainment and plenty more of the fabulous features, which will do a whole lot more than just lining your pockets with a few gold coins. 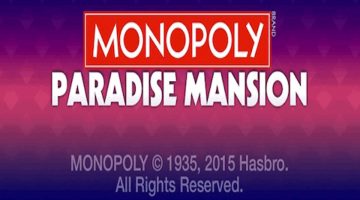 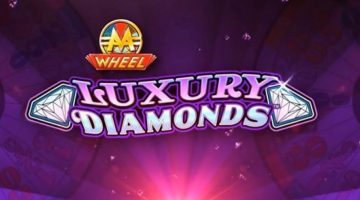 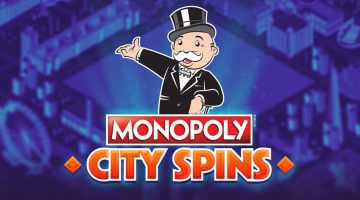 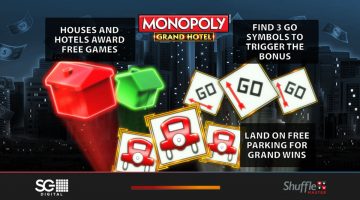 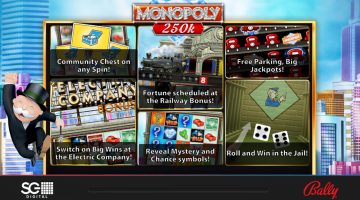 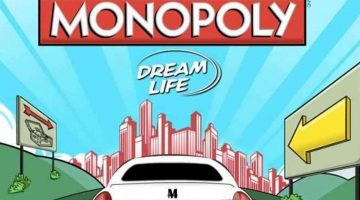